Brian Reidy: Why you should think about bringing your cows in now

Rachel Martin: The time for green energy is now... so policy-makers need to act quickly

Brian Reidy: Why you should think about bringing your cows in now
#Farming Columnsemissions#Climate ChangePerson: Stephen Cadogan
 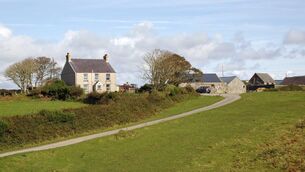