European Central Bank hikes rates and vows ‘we are not done’ 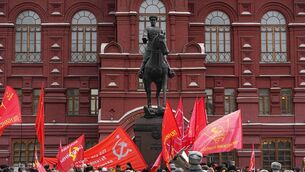