What happens now that the police are investigating allegations of lockdown parties at Downing Street?
InflationDigitalPlace: International
 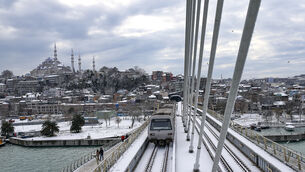