Biden all but concedes defeat on voting and election bills 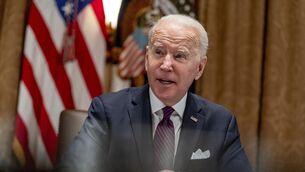