NI Protocol a 'good deal for Brussels, but a bad deal for the UK' – DUP leader 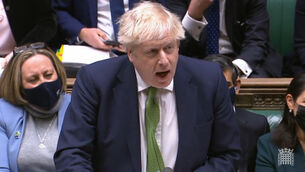