China says it was smeared in Biden’s State of the Union speech
ElectionNetworksPlace: International
 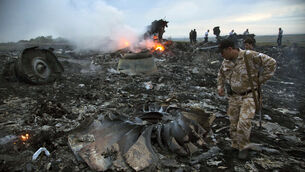