Search on for parents charged over Michigan school shooting 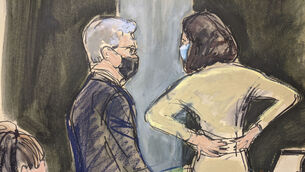