Russian arms dealer, his son and companies hit with US sanctions 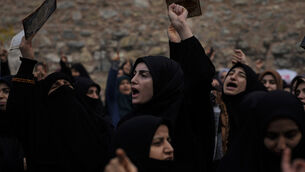