'This is horrific': Stephen King and other notable faces react to Salman Rushdie attack

‘Huge’ amounts of chemical waste dumped into river in Poland 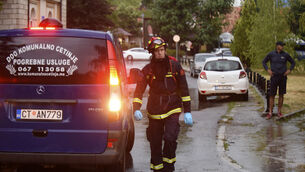