'More than 1.2m deaths from antibiotic-resistant infections worldwide in 2019' 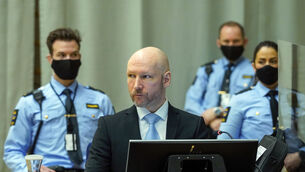 Anders Breivik ‘still dangerous’ and should not be released, court told