Evan Ferguson could be set for quicker than expected return 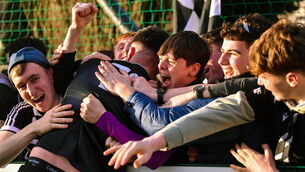