Shamrock Rovers 3 Sligo Rovers 0: Shamrock Rovers brightened up a damp and dreary night at Tallaght Stadium by recording their biggest home of the season and rising to third in the Premier Division.">
X
John Fallon
     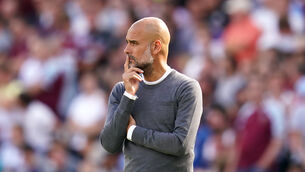