Malmo 2 Celtic 0 (Malmo win 4-3 on aggregate):&nbsp;Celtic&rsquo;s Champions League hopes ended amid some controversy as a 2-0 defeat by Malmo at the Swedbank Stadion put the Swedish side through to the group stages on a 4-3 aggregate victory.">
X
Ronnie Esplin
     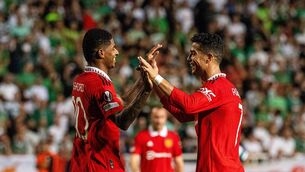