Manchester United 0 Newcastle United 0:&nbsp;Louis van Gaal may ignore the mounting evidence to the contrary and insist there is no dire need to add to his body of strikers before the summer transfer window closes at the end of the month but when the answer to the Manchester United manager&rsquo;s problems is &ldquo;Marouane Fellaini,&rdquo; then the Dutchman is clearly asking the wrong question.">
X
Ian Whittell
     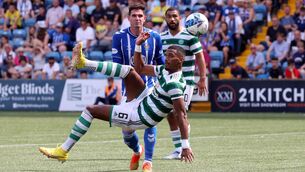