West Brom 2 Chelsea 3:&nbsp;Jose Mourinho refused to blame Chelsea captain John Terry for his sending-off in the club&rsquo;s narrow win over West Brom and instead the Paranoid One vowed to continue coaching his players to expect to be reduced to 10 men.">
X
Wally Downes Jr
     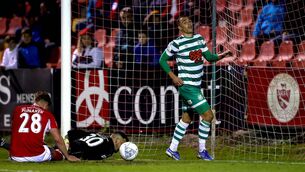