Bohemians 4 Derry City 2: He may have got a vote of confidence from the club chairman earlier in the week, but the pressure on Derry City manager Peter Hutton mounts as their run without a league win stretched to 12 games at Dalymount Park last night.">
X
Paul Buttner
     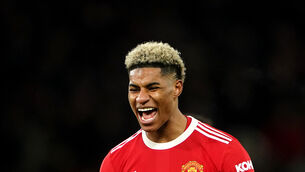