'No one wants to lose 69-0. I got home and watched the game straight away, and watched it again the next night'

Denis Leamy: 'It’s been really good to be back in this building' 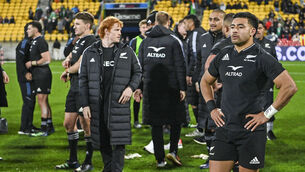 Richie Mo'unga: 'we're trying our best, and we know it's not good enough for All Blacks standards'