Leinster 20 Scarlets 13: Leinster landed a significant blow in the scramble for Guinness PRO14 play-off places on Saturday afternoon with a hard-earned and at times entertaining victory against the 2017 league champions in Ballsbridge.">
X
     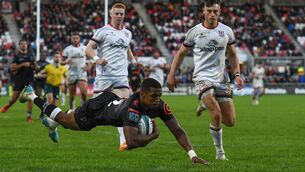