Hurricanes 31 - Lions 31: IF CJ Stander, Iain Henderson and Dan Cole had any hope of staking their claims to a place in Warren Gatland&rsquo;s matchday squad for Saturday&rsquo;s second Test against the All Blacks, it surely waned as the clock ticked past 75 minutes and they were still on the pitch, running themselves into the ground for the British &amp; Irish Lions.">
X
    
Simon Lewis

Leo Cullen: Never a dead rubber when Munster are in town 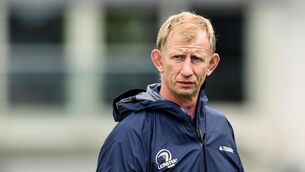