Saracens 21 Racing 92 9:&nbsp;Welcome to the new world. Just a month before the British decide whether or not to stay in the EU, along come Saracens and rise to the top of European rugby.&nbsp;">
X
    
John Fallon

Have Leinster been sufficiently tested ahead of Champions Cup final?

Leinster Lite a bitter pill for Munster to swallow 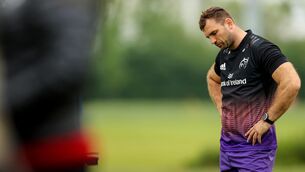