Ireland 26 Scotland 18:&nbsp;Despite a ragged performance Ireland signed off on their championship campaign with a win over Scotland thanks to a bit of luck and a dominant second-half.">
X
Adam Redmond
    

Richie Mo'unga: 'we're trying our best, and we know it's not good enough for All Blacks standards' 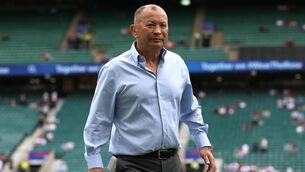