They go into the tournament with race representation plaguing them, but if South Africa come through the pool phase unscathed and purring, no team would relish taking them on in knockout rugby.">
X
    
Craig Ray

Hugo Keenan: 'This is only the start, I still feel like I haven't really achieved that much' 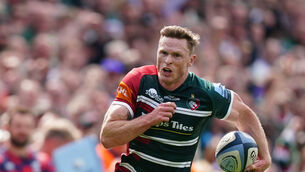