Munster 15 Leinster 7 (Ladies Interpro final): A polished performance from international Niamh Briggs led Munster, who had eight from the Highfield club in the starting side, to back-to-back interprovincial titles before a bigger than expected crowd at Thomond Park on Saturday">
X
Cormac Liddy
     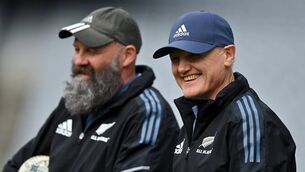