Relaxed Shane Lowry has had his fill of LIV Golf talk
 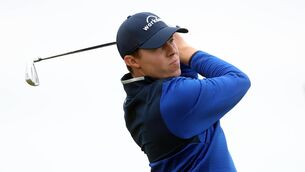