Immelman expects Woods to be ready for Masters return
 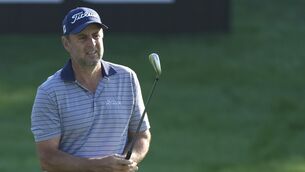