Séamus Power: ‘Purses on the PGA Tour are mind-blowing. But when I’m playing, I’m not thinking about that stuff’
MemphisPlace: United StatesPlace: UKPlace: Scotland
 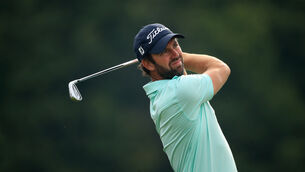