Shane Lowry one shot off the lead after third round 67 in Abu Dhabi
CourtsGolfHeathrowJason DayBMW Championship.
 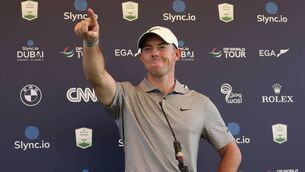 Rory McIlroy yet to decide on Irish Open involvement