Sarsfields next up in Thomas' five-in-a-row bid

Lyng has no issues with following in Cody's footsteps
#Galway GAA
 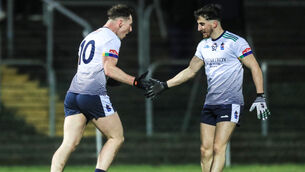