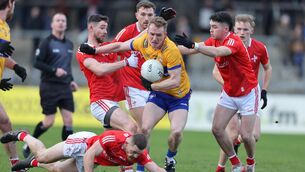 Kieran Shannon: Clare continue to max out while Cork are still Cork - for now