Damien Delaney: Stripping Tyrone Mings of captaincy made no sense

Graham Cummins: Dundalk must strike while Rovers' minds are elsewhere

Tommy Martin: The symbolic value of the classified results outlived their use
 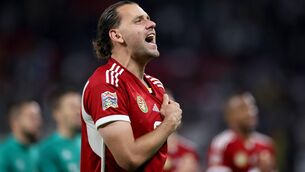 John Fallon: Jeopardy and joy light up the Nations League. It sure beats Oman