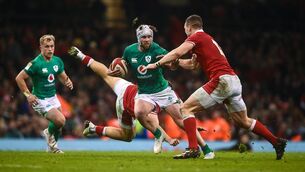 Duncan Casey: Ireland must add creativity to mix against France