'They called me the baby whisperer': Meet the midwives birthing a generation of mothers

Women should not accept incontinence as normal 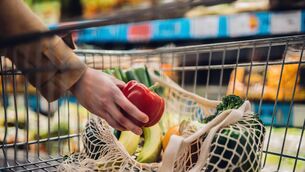