Houseplant Q&A: What is wrong with my orchid?
Advice Containers
 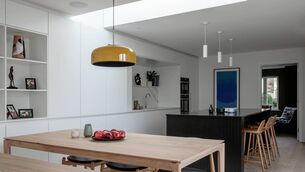