Garden Q&A: What is eating the leaves on my cherry tree?
Islands of Ireland
 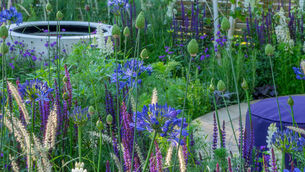