Letters to the Editor: Trans Equality Together say ‘do better’

Letters to the Editor: Shameful milestone as we mark World Refugee Day 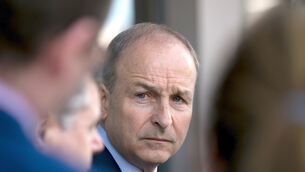 Letters to the editor: Taoiseach's seeming indifference to crisis in cost of living may be his 'Marie Antoinette moment'