Paul Hosford: Another year, another Metro announcement for Dublin

The iPhone turns 15: A look at the past (and future) of one of the 21st century’s most influential devices 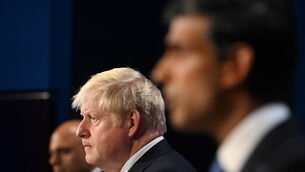 Daniel McConnell: Boris Johnson is not a normal prime minister, and his days are numbered