The Mick Clifford Podcast: The politics of health - Fergal Hickey

Ciara Phelan: Sinn Féin must grow local if it is to bloom at national level 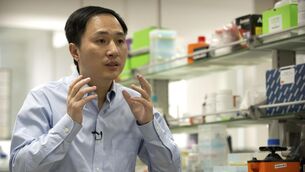 Scientist who edited babies’ genes admits he acted ‘too quickly’