Mick Clifford: Governor foiled IRA attempt to get Rose Dugdale out of prison while giving birth

Let Me Tell You: I was severely assaulted after IMF bailout, says MEP Billy Kelleher

The future of travel is less exotic

What’s behind the FBI swoop on Donald Trump’s Florida home? 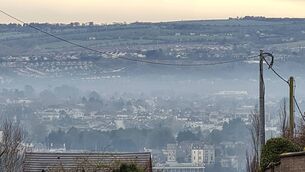 Getting some 'fresh air' might be harder than you think