Daniel McConnell: Simon Harris makes it clear to all 'I wanna be the leader'
FilmIrish Language
 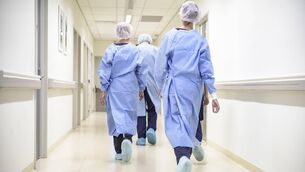