Anthony Daly: The stars aligning for an all Munster All-Ireland final 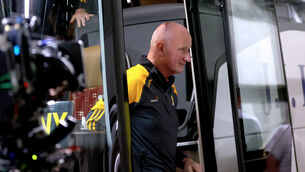