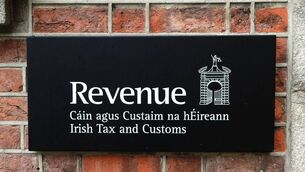 Brian Keegan: January is the month when most of us have to engage with Revenue