The Mick Clifford Podcast: Insights into the role of women in the Civil War

'They are being neglected': Report reveals hundreds of abuse cases against over 65s
#Podcasts - Home
 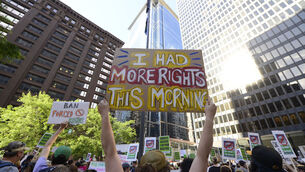