Minding Ireland: 'Straight away I felt comfortable and, most importantly, listened to'
ChildrenHSE
 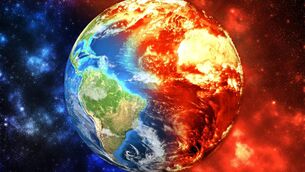