Harris: 'Broken' social contract for next generation must be restored
fianna failEducation#Leaving Cert#Cost of living
 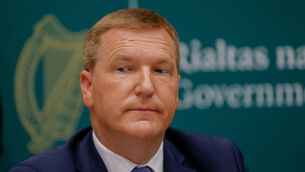