Ukraine works to restore water and power after Russian strikes

Much of Ukraine still without power, heat and water after missile attacks 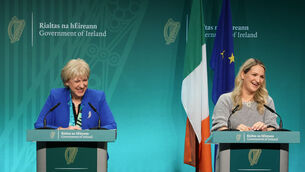