US Congress delegation ‘most undiplomatic visit I’ve ever seen’ – Donaldson 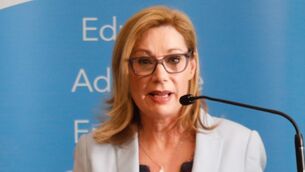