Public sector pay deal needs to be ‘fair to taxpayers’ 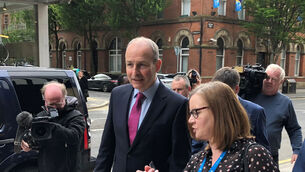