Varadkar: 'Regrettable' Phil Hogan was not given due process before Golfgate resignation

Hogan hits out at Varadkar and Martin after 2020 Golfgate downfall 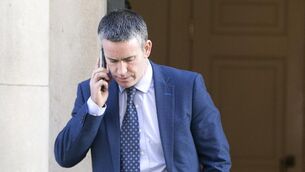