Taoiseach hits out at State agencies for being 'possessive' of land that could be used for housing
quarantinetestingCovid-19#ReopeningEducationDelta variantPlace: IrelandPlace: BritainPerson: Micheál MartinPerson: Leo VaradkarPerson: Eamon RyanPerson: Heather Humphreys
 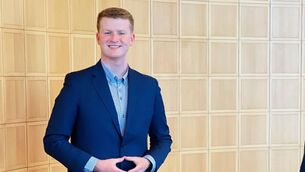