'It's going to be spectacular': Cork businesses say traffic chaos a small price for regeneration
 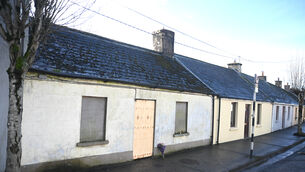